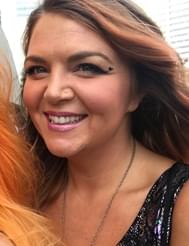 A complete copy of these rules can be obtained at the offices of any of the participating radio stations set forth below (individually a “Station” and collectively, the “Stations”), owned or operated by Cumulus Media Holdings Inc. (“Sponsor”) or one of its subsidiaries during normal business hours Monday through Friday, or by sending a self-addressed, stamped envelope to Sponsor at the address below.

Sponsor will conduct Cumulus Radio’s “Calum Scott Weekend in New England Flyaway” Contest (the “Contest”) substantially as described in these rules, and by participating, each participant agrees as follows:

Visit the website for the Station, as identified below, in your DMA and click on the “Contest” link.  Then, click on the “Calum Scott Weekend in New England Flyaway” link and complete an entry form.  All entries must be received by 11:59 p.m., ET on May 11, 2018.  Limit one (1) entry form per person per day per email address during the Contest Period.  Multiple participants are not permitted to share the same email address. Any attempt by any participant to submit more than one (1) Entry Form by using multiple/different email addresses, identities, registrations and logins, or any other methods will void that participant may be disqualified. Use of any automated system to participate is prohibited and will result in disqualification.  Sponsor is not responsible for lost, late, incomplete, invalid, unintelligible, inappropriate or misdirected registrations, all of which will be disqualified.  In the event of a dispute as to any registration, the authorized account holder of the email address used to register will be deemed to be the participant. The “authorized account holder” is the natural person assigned an email address by an Internet access provider, online service provider or other organization responsible for assigning email addresses for the domain associated with the submitted address.  Potential winner may be required to show proof of being the authorized account holder. All entries become the sole and exclusive property of Sponsor and will not be returned.  Sponsor reserves the right to contact entrants and all other individuals whose email address is submitted as part of this promotion.  No mail-in entries will be accepted.

Grand Prize Trip must be taken June 1 – 3, 2018.  Should Winner be unable to travel for any reason, then the Winner immediately forfeits the Grand Prize, and at that time the Station may select an alternate Winner in its sole and exclusive discretion.  If in the judgment of the Station, air travel is not required due to winner’s proximity to the trip destination, ground transportation will be substituted for roundtrip air travel at the Sponsor’s sole discretion.  In that instance, Winner shall not receive the difference in air travel expense versus ground transportation expenses.  Travel dates to be mutually agreed upon by winner and Sponsor. Winner and guest must travel on the same itinerary. Winner’s guest must be eighteen (18) years of age or older.  Grand Prize Trip is non-transferable and no substitution will be made except as provided herein at the Sponsor’s sole discretion. If Winner elects to partake in any or all portions of his/her Prize with no Guest, the Prize will be awarded to Winner and each participating Guest and any remainder of the Prize will be forfeited and shall not be subject to further or alternative compensation. All elements of the Prize must be redeemed at the same time, and no changes will be permitted after confirmation of any redemption